Deep In The Heart

Witness the stunning beauty of the nature and wildlife in Texas’ first wildlife movie, Deep in the Heart. Join us at the Briscoe for a special screening of the film followed by Q&A discussion with producer Katy Baldock.

The film screening is FREE for museum members and $14 for nonmembers. Members and nonmembers can enjoy two complimentary drink tickets (soda/water/brews) courtesy of Ranger Creek Brewery. Popcorn and candy will be available for purchase while members can enjoy snacks for free!

Deep in the Heart is a visually stunning celebration of what makes Texas unique — its diverse landscapes and remarkable wildlife behavior that cannot be found anywhere else in the world. Told through the eyes of wildlife species ranging from the mysterious blind catfish to the elusive mountain lion, the story follows our ever-changing relationship with the natural world and showcases our ability to destroy, conserve, and recover wildlife and the habitat we mutually depend on.

Narrated by Matthew McConaughey and featuring state-of-the-art cinematography, this family-friendly film journeys from the highest peaks in West Texas, through our aquifers, rivers, and bays, and deep into the Gulf of Mexico. Deep in the Heart aims to conserve our remaining wild places, to show the connectivity of water and wildlife, and to recognize Texas’ conservation importance on a continental scale.

Katy is a film producer, writer, and graphic designer based in Austin, Texas. She has a passion for conservation and visual storytelling, aiming to use creative outlets as a tool to advocate for the protection of natural environments and wildlife. She is a proud East Texas native and studied communications, journalism, and art at Texas A&M University. Katy is a Producer for the Texas natural history film Deep in the Heart, was Associate Producer for the Emmy-nominated feature documentary The River and the Wall, Produced American Ocelot, and assists with various production needs for Fin and Fur Films Productions. Outside of work, she’s typically finding ways to get outside in Austin, baking, reading, or exploring Texas and the western U.S. 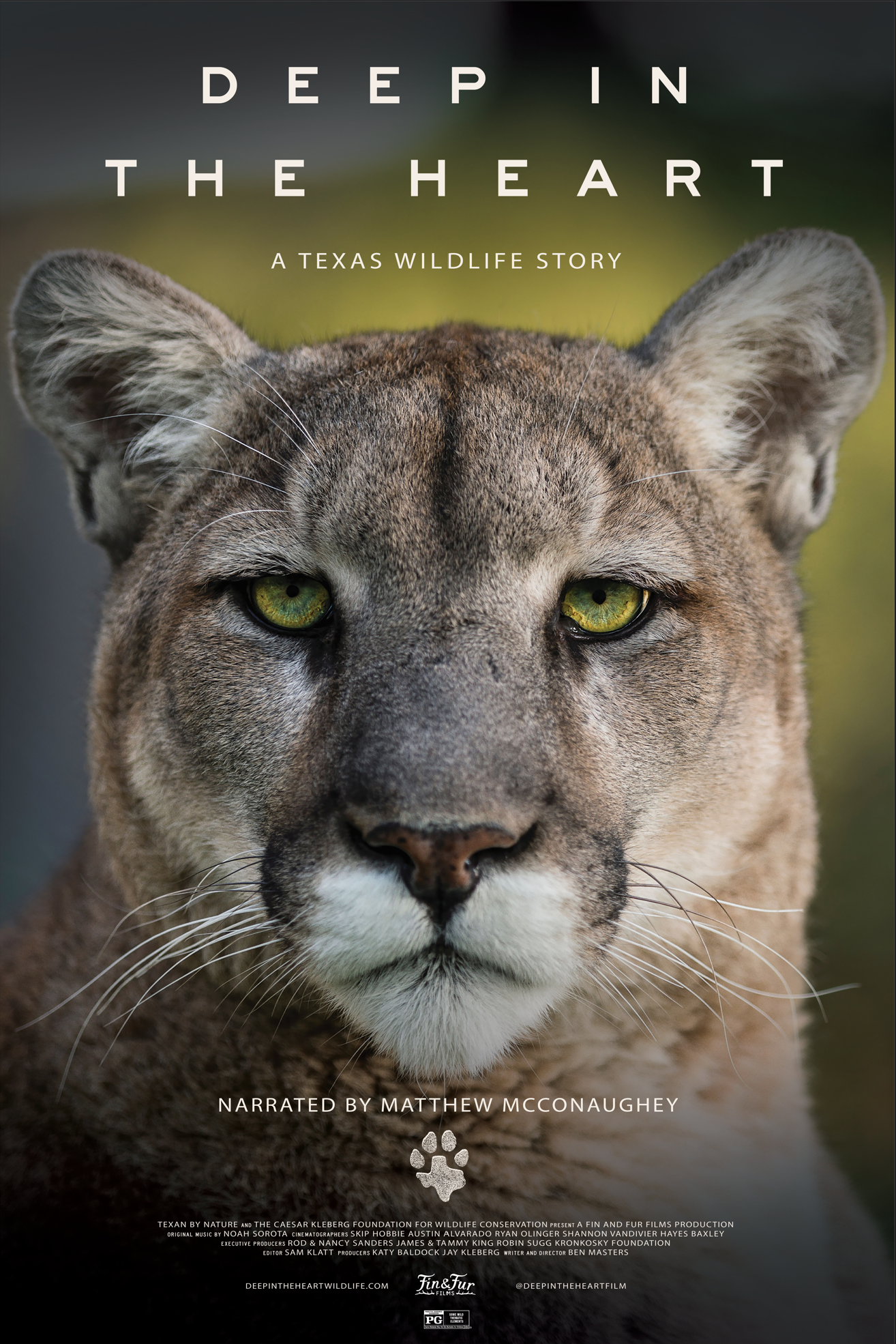