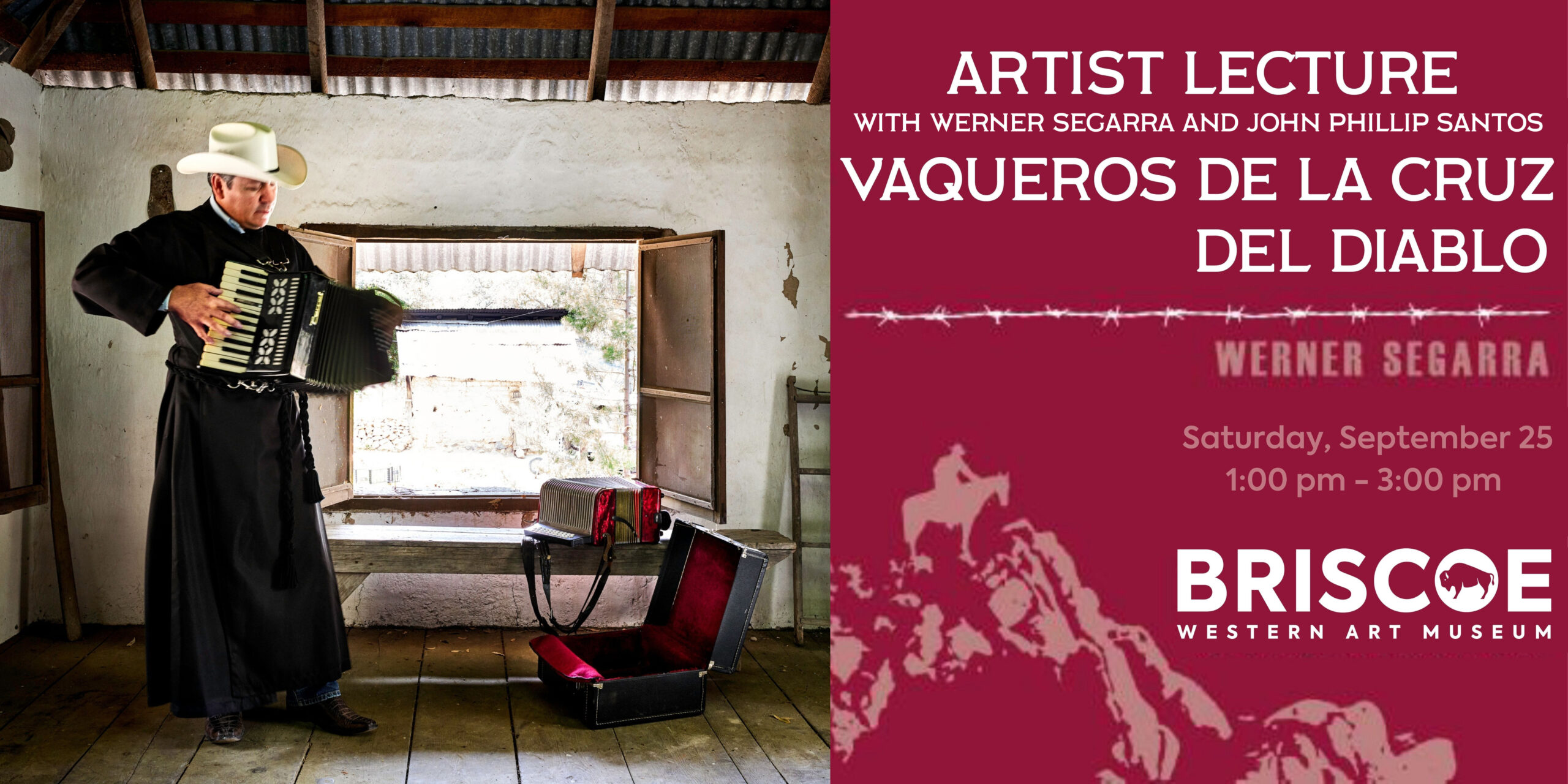 Listen in as Werner Segarra and guest moderator John Phillip Santos take a closer look at how the videos and photographs of Vaqueros de la Cruz del Diablo were created and what inspired Segarra to pursue the subject. Following the lecture, Segarra will sign copies of his book, “Vaqueros de la Cruz del Diablo”, available at the Museum Store. The lecture and signing are free with museum admission.

A member of the board of directors of the Briscoe Western Art Museum, John Phillip Santos serves as a University Distinguished Scholar in Mestizo Cultural Studies to the Honors College at the University of Texas at San Antonio. He is the author of the acclaimed book, “Places Left Unfinished at the Time of Creation”, as well as “The Farthest Home Is in an Empire of Fire”. Santos has created an international forum for exploring mestizo cultural identity, or mestizaje, at UTSA and As an Emmy-nominated television producer, he has produced more than 40 broadcast documentaries and news programs on cultural themes in 16 countries for CBS and PBS.

Vaqueros de la Cruz del Diablo is supported in part by the Elizabeth Huth Coates Charitable Foundation of 1992, the Texas Commission on the Arts, with special consideration to the Wyatt Family Foundation.