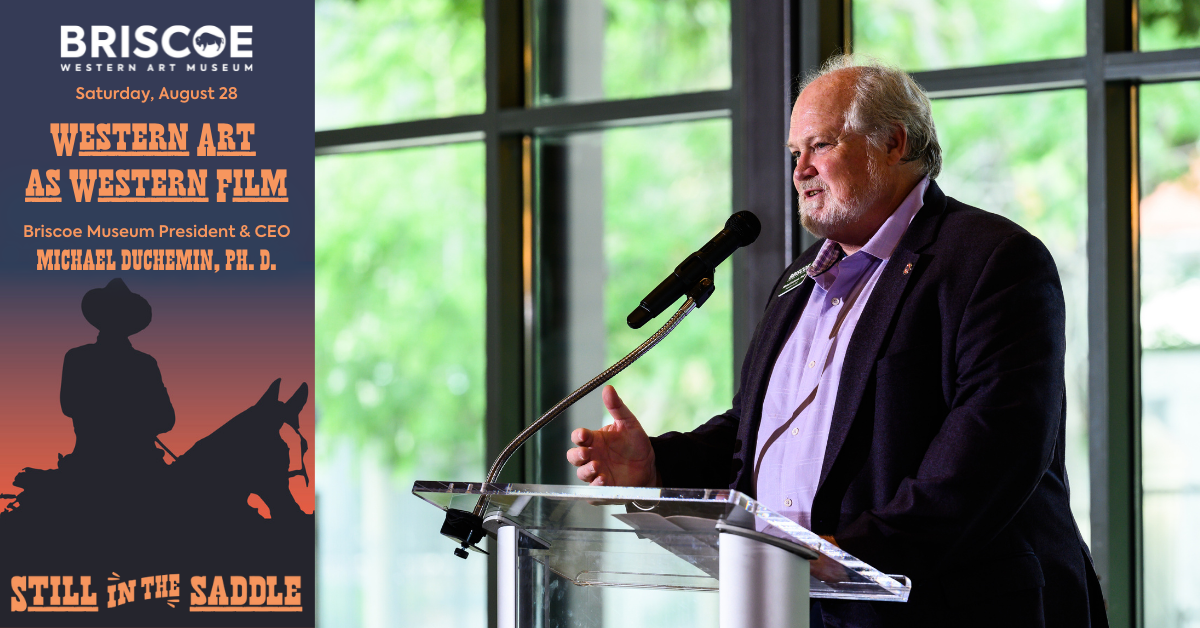 Join Briscoe Museum President and CEO Michael Duchemin Ph.D., as he walks us through the iconic stagecoach and the association of the conveyances with American history, including John Ford’s 1939

Join Briscoe Museum President and CEO Michael Duchemin Ph.D., as he walks us through the iconic stagecoach and the association of the conveyances with American history, including John Ford’s 1939 western film, “Stagecoach”, featuring John Wayne in his breakout role as a film star.  Lauded as one of the most influential films ever made, Orson Welles argued that it was a perfect textbook of film-making and claimed to have watched it more than 40 times in preparation for the making of “Citizen Kane”. In 1995, the film was deemed “culturally, historically, or aesthetically significant” by the United States Library of Congress and selected for preservation in their National Film Registry.

Duchemin has worked since 1984 as an executive director, chief curator, exhibition and program developer, historian, and author specializing in the cultural and intellectual history of the United States with an emphasis on the American West. He has led the Briscoe Western Art Museum since 2017 and previously held executive positions at the C. M. Russell Museum in Great Falls, Montana, at the Autry Museum of the American West and the Chinese American Museum at El Pueblo de Los Angeles.

After the talk, enjoy the last week of the Briscoe’s blockbuster summer exhibit, Still in the Saddle:  A New History of the Hollywood Western and make plans to see John Wayne’s last film “The Shootist”, closing out the Briscoe’s Summer Film Series Sept. 6 at the museum.