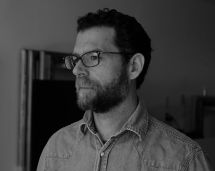 Glenn Dean’s childhood interest in art matured into a love of painting landscapes by his early twenties. Exposure to the California and Western landscape painters of the early 1900s greatly influenced the young artist and directed the course of his career.

Largely self-taught, Dean understands that time in the field and in the studio are equally important. While working in his studio, Dean is able to paint larger compositions based on field studies and other references.

Dean gained recognition early in his career. He has twice been honored as the cover artist for Western Art Collector magazine, and he has appeared in several books and national magazines including Western Art and Architecture, Art of the West, Southwest Art, and American Artist. Dean has won a number of awards including his most recent, the Henry Farney Award for Best Painting at the Eiteljorg Museum’s annual Quest for the West exhibition. At the same exhibition in 2017, he won the Artists’ Choice Award, and in 2016, the Victor Higgins Award of Distinction for the best overall body of work. Selected awards include the Gold Thunderbird Award (Best of Show) at Maynard Dixon Country; the first-ever Emerging Artist Award presented by Art and Antiques magazine; and the Grand Prize and Artists’ Choice Award at the inaugural Arizona-Sonora Desert Museum Plein Air Invitational.

Dean and his wife, Suzanne, currently live in California.