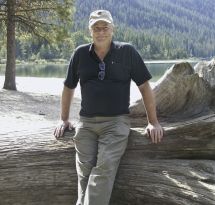 Velázquez’s creative passion is the exploration of the human spirit in history. These colorful times are reflected in his paintings as he tells the stories of the vanguard that traveled into the new frontier. It was the explorers, trappers, and traders of the early to mid-1800s who showed the way west to those who would follow. And come they did: the settlers of the Oregon Trail, the miners, the cowboys, and the railroads.

One of Velázquez’s most popular works, Season of the Mountain Men, was the featured painting for the 2010 Fall Arts Festival in Jackson, Wyoming.  In 2014, the image was chosen by a major publisher in Madrid, Spain, for the cover of a Spanish edition of A. B. Guthrie, Jr.’s classic novel The Big Sky.  This novel, which Velázquez read in college, ignited his passion for the history of westward expansion and subsequently launched his career as an historical artist.

For the past ten years, the annual Coeur d’Alene Art Auction in Reno, Nevada, has invited Velázquez to submit a major work.  His artwork is also held in several museums across the U.S. and Canada and has been featured in several history books.