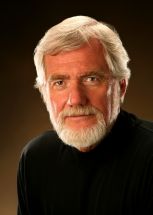 Kent Ullberg (b. 1945) is a native of Sweden. He studied at the Swedish Konstfack School of Art in Stockholm and in Germany, the Netherlands, and France. He lived for seven years in Botswana, Africa, for four of which he served as curator at the Botswana National Museum and Art Gallery before moving to America. He lives in Corpus Christi, Texas, and maintains a studio in Loveland, Colorado.

Ullberg is a member of numerous art organizations and has been honored with many prestigious awards. He is a National Academician and received the Hering Award for Art and Architecture twice from the National Sculpture Society for monumental installations. His work is mainly dedicated to the preservation of nature and wildlife.

Among the impressive works Ullberg created is Sailfish in Three Stages of Ascending, the marine conservation monument in front of the Broward Convention Center in Ft. Lauderdale, Florida. In 1998, he was chosen to sculpt Sworddance, the stainless steel signature monument at the headquarters of the International Game Fish Association Dania Beach, Florida. In 2002, he installed Spirit of Nebraska’s Wilderness in Omaha’s Pioneer Courage Park.

Ullberg is a member of the University of Texas Marine Science Institute Advisory Board and a major contributor to many wildlife conservation efforts.