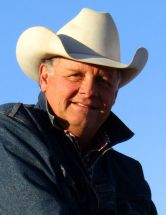 An award-winning member of the Cowboy Artists of America, Mikel Donahue is best known for his impeccable depictions of cowboy life. His work portrays ranchers and their livestock during the sunup to sundown work on the ranch. Fascinated both by life on the ranch and the iconic art of Charlie Russell and Frederic Remington, Donahue has become a perfect amalgam of his influences.

In May 2017, Donohue was inducted into the Will Rogers High School Hall of Fame, an honor that includes musicians Leon Russell, David Gates, and Elvin Bishop, designers Paul Davis, and Joe Johnston. Donahue’s numerous awards include the John Steven Jones Purchase Award from the Bosque Art Classic at the Bosque Arts Center in Clifton, Texas, the Academy of Western Artists’ Will Rogers Award for Artist of the Year, and the prestigious Premier Platinum Award and the William E. Weiss Purchase Award at the Buffalo Bill Art Show and Sale in Cody, Wyoming. He has shown in the Prix de West and Small Works, Great Wonders at the National Cowboy & Western Heritage Museum in Oklahoma City; Quest for the West at the Eiteljorg Museum of American Indians and Western Art; and night of Artists at the Briscoe. His work hangs in many museums, galleries, and private collections throughout the country and has been featured in Art o f the West, America an Art Colle c to r, Southwest Art, Western Horseman, American Cowboy, America’s Horse , and The American Quarter Horse Racing Journal.