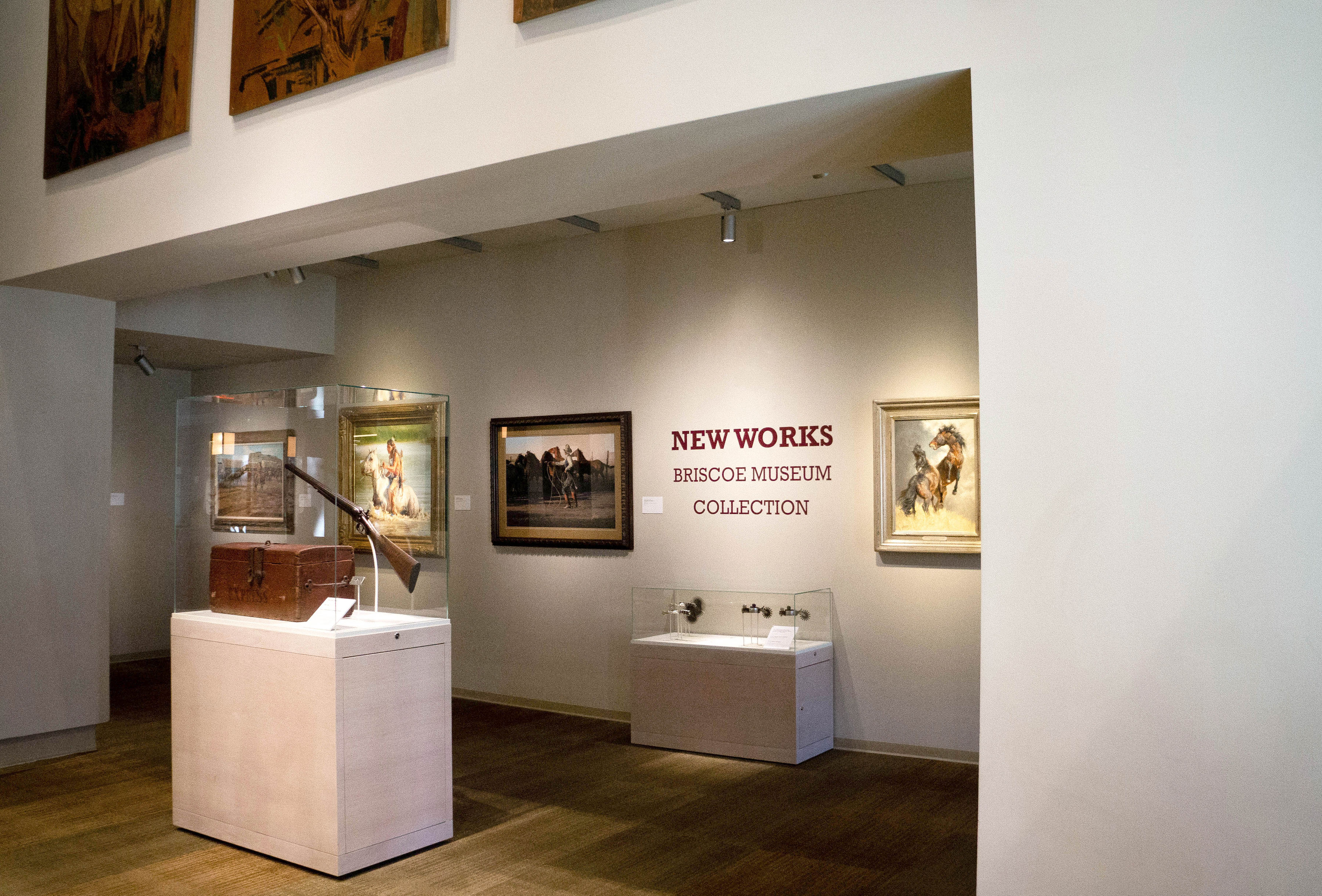 There’s more in a visit to San Antonio than the historical Alamo Mission. Much more.

Opened to the public in 2013, the Briscoe strives to strike a balance between the Old West and modernity.

“Visitors often times are expecting the stereotypical, old, dusty Western exhibitions with old paintings of pastures and animals,” Liz Jackson, Vice President of the Briscoe Western Art Museum, said. “(The museum has) an interesting mix of modern and historic architecture which can be seen as symbolic of the West itself, especially as today’s West has evolved from what we think of in the old West.”

The Briscoe showcases an outstanding collection of paintings, sculpture and Native American artifacts you’d expect to find in a western museum. In addition, the craftsmanship on display specific to Western utility stands out. Among the recent donations was a collection of more than 55 pairs of spurs dating as far back as 1790.

“Spurs are one of the distinctive pieces of equipment used by horsemen throughout the ages,” Jackson said. “An impressive array of over 100 single spurs is one of the most popular displays in the San Antonio Stock Show & Rodeo Gallery at the Briscoe Western Art Museum.

”Beyond spurs, stagecoaches and saddles—including one owned by Mexican revolutionary general Pancho

Villa—a sword owned by Santa Anna, who commanded the Mexicans against the Texans at the Alamo, and an outdoor sculpture garden highlight the holdings.

formerly housed the Lone Star Brewery, the San Antonio Museum of Art features one of the finest selections of Greek, Roman and Egyptian art in the southern United States. Noteworthy collections of Latin American and Asian art, special exhibits gathering masterpieces from around the world, contemporary art, and, of course, works with a focus on Texas, round out the visitor experience.

Everywhere you look in San Antonio, great artwork seems to be looking back.

“Visitors will be impressed by the variety of art venues—from established galleries and storied museums to artist-run spaces,” Lana Meador, Assistant Curator of Contemporary Art at the San Antonio Museum of Art, said.

One area of concentration for San Antonio’s surging cultural community is the Pearl/Broadway Cultural Corridor, which will be receiving a $42 million reconstruction thanks to a 2017 bond package. The funding will help transform the stretch of city street into a landscaped, pedestrian and bike friendly, museum-lined oasis for tourists and locals alike.

“San Antonio has a broad and rich history and has done an excellent job of historic preservation, but is now blooming with modern attractions,” Jackson said.

“Over the past decade, San Antonio has seen an expansion in the arts and culture through the extension of the iconic San Antonio River Walk which was christened Museum Reach, a 1.33 mile stretch (along Broadway St.) featuring the San Antonio Zoo, the Japanese Tea Gardens, Brackenridge Park, the historic Pearl district and three distinguished but different museums, The Witte, The Doseum and The San Antonio River Walk.”

That’s not all, the city has also expanded the River Walk south into the historic King William district, connecting the downtown center to four of the five Spanish Colonial Missions.

“Within this area is the Blue Star Contemporary, the first and longest running venue for contemporary art in San Antonio,” Jackson reminds.

Looking for a hidden gem? Nothing beats the recommendation of a local.

Great food, great history, great weather, and, increasingly, great art. Yes, there’s much more in a trip to San Antonio than The Alamo.