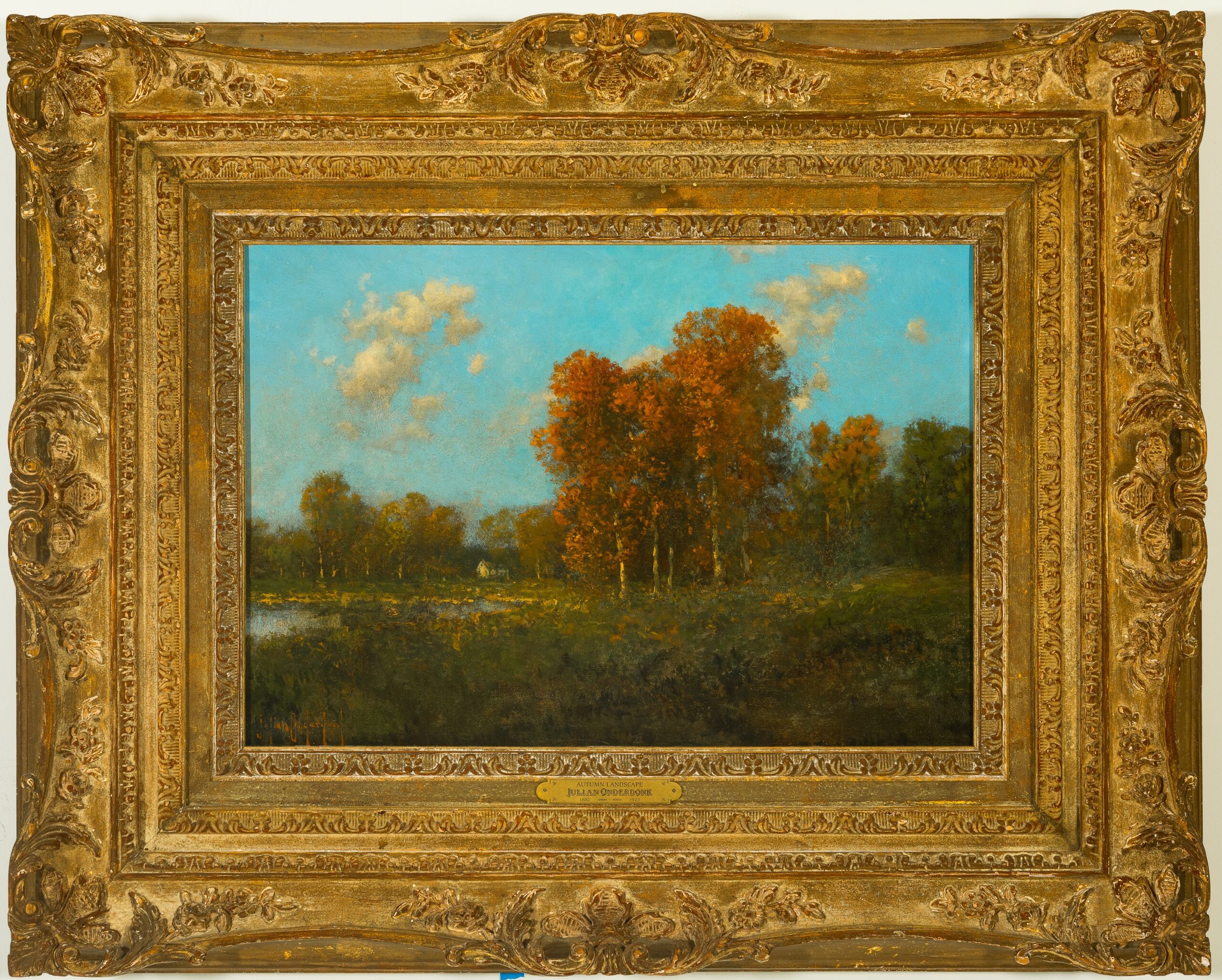 San Antonio, TX – (January 21, 2020) The rugged, raw beauty found in the stunning landscape of Texas has inspired generations and thanks to a new exhibit at the Briscoe Western Art Museum, everyone can see that beauty as captured by leading Texas artists. Select works from the Janey Briscoe Marmion Collection are being shared for the first time during a year-long special exhibition that reflects the vast beauty of the state that the Briscoe family cared so deeply about.

Daughter of the late Governor Dolph and Janey Slaughter Briscoe, the namesakes of the Briscoe Western Art Museum, Janey Briscoe Marmion was an unfailing supporter of both the Briscoe Western Art Museum and Texas artists. The Briscoe Marmion collection includes some of the most important names of Texas and Western art, including Julian Onderdonk, Melvin Warren, Porfirio Salinas, and James Robinson, a Texas-born artist who specialized in Hill Country ranching scenes.

“Janey Briscoe Marmion’s collection includes scenes of bluebonnets, limestone cliffs along the Guadalupe River and the wildness of Texas landscape, quintessential images that without a doubt convey Texas. The collection reflects not only her love of Texas and Western art, but also her commitment to supporting the Briscoe,” explained Michael Duchemin, President and CEO of the Briscoe Western Art Museum. “Sharing this collection, a beautiful reflection of Texas curated by someone with a deep love for our state, is true honor and a fitting tribute to someone who has left a lasting impact on the museum.”

The overall Janey Briscoe Marmion collection was donated to the Briscoe and is part of the museum’s permanent collection. This exhibition will be the first time many of the works have been on public display and all will be showcased in the Kate Marmion Gallery, named in honor of Janey’s daughter, the late Kate Marmion. The exhibit will be on display through January 2021 and is included in museum admission.

A Love of Texas

Janey Briscoe Marmion, daughter of Governor Dolph and Janey Briscoe, grew up in Uvalde, Texas, and was an avid art collector. While the full Janey Briscoe Marmion collection includes more pieces, 22 select works will be on display for this special year-long exhibition. As part of a ranching family of South Texas, Mrs. Marmion collected pieces that represented historic and contemporary depictions of Texas and the Texas landscape near to the Briscoe family’s heart. The featured works demonstrate the regionality of Western art, particularly in Texas. The pieces depict ranch life, landscapes, wildlife and historical scenes from Texas, but their themes are pan-western and could be set in Montana or Wyoming as easily as Texas, tying Texas into the larger West and reinforce the one of Briscoe’s core tenants, “The West Starts Here.”

Some of the works by Melvin Warren look back toward an era in which Texas was a frontier of both Mexico and the United States, yet still the domain of the Comanche; other pieces by James Robinson depict modern ranching along the Guadalupe and Nueces Rivers. Also represented are South Texan landscapes by Porfirio Salinas, a favorite of former president Lyndon B. Johnson.  Also featured is Barbra Ruth (B. R.) Garvin, a pioneering female artist in the typically male-dominated Western art genre. Through these collected works we see a cross-section of Western art as well as a picture of the Texas that Mrs. Marmion called home.

On Saturday, Feb. 8, join Mark Sanchez, the Briscoe’s Education & Programs Coordinator, for a discussion and tour of the newly installed Janey Briscoe Marmion collection in the Kate Marmion Gallery. The gallery talk will be at 2 p.m. in the Marmion Gallery within the Briscoe and is included in museum admission.

Open daily, admission to The Briscoe Western Art Museum is free for children 12 and under, as well as active duty members of the military and up to four members of their family. Museum admission is $10 for adults, $8 for seniors and students, and $5 for retired military, first responders, educators, fireman and police officers. The museum offers extended hours and free admission every Tuesday from 4 to 9 p.m.