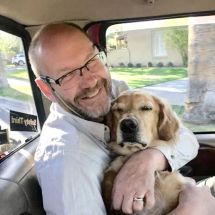 After receiving an associate of arts degree in 1984 in painting and drawing, Paul Rhymer worked at the Smithsonian Institution doing taxidermy and model making for twenty-five years. He retired in 2010. Having done so much three-dimensional work in his job, in the late 1990s, he gradually began to move from painting and drawing into sculpture.