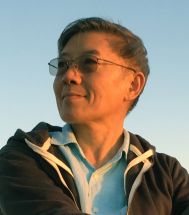 Liang experienced his first great inspiration in this country when he studied and painted the Wampanoag Indian culture at the Outdoor Museum in Plymouth, Massachusetts. He began to focus primarily on painting Native Americans and their traditional ways of life. Liang’s passion for the Indians, coupled with his emphasis on historical accuracy, adds strength and truth to his portrayals.